Welcome back to The Bog Logger! I’ve been on a wee hiatus, but I’m back now with news, reviews, and the view from the loo.

There have been a few exciting toilet openings this week. First of all, the famed Charmin Restrooms have opened for the third year in New York. The 20 luxury toilets are serviced by tuxedoed-attendants after each use. Charmin is a toilet paper manufacturer in the US, and the toilets in Times Square have become quite a holiday tourist attraction.

We may not have tuxedoes, but in Australia we had the opening of the country’s highest toilets on Mt Kosciusko, and I think they’re really gorgeous. 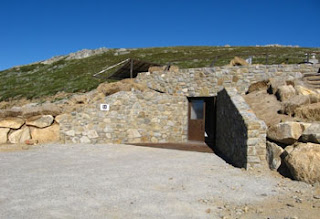 It looks like they’ve used local rock to ensure the facility complements the surrounding landscape but without sacrificing function for form.

Residents in Peebles, UK, have decided to combine form and function by opting for single occupancy unisex toilets, believing that they are less likely to encourage anti-social behaviour. I’m not a huge fan of these toilets, but I do understand their purpose. The important thing for the people at Kingsmeadow is that they have adequate, clean facilities.

It seems that the people of Atlanta, USA, have not learned from the mistakes of Seattle and have decided to buy $300,000 apiece spaceship toilets. The comments on the article are generally not favourable to the idea. It makes no sense that councils continue to be fooled into buying those expensive monstrosities which intimidate all but the least reputable people. Portland, USA, has a much better toilet solution proposed. 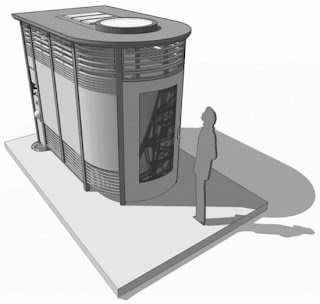 This eco-toilet comes at a smaller price tag of $140,000, runs on solar energy and has panels which are easily and cheaply changed in case of vandalism. They are designed to be ‘privacy-reduced’ in order to discourage loitering.

And finally, in the UK, a Plymouth man is taking his very serious campaign for more toilets to the European Court of Human Rights. Eric Johns says that Plymouth used to have 67 toilets in 1984. Now, that number has dwindled to 31. The town of Devonport only has 1 toilet. The Court has accepted his initial submission and will hear his case next year.