Bringing you all the loo news you can handle, and some that you can’t – just in time for the weekend!

Sheffield artist Jacqui Bellamy has been snapping photos of women in the toilets of nightclub Razor Stiletto “queuing, chatting, putting on make-up etc,” and will be showing her series at The Forum Bar as part of its Wednesday night live programme. They look like an interesting lot, those Razor Stiletto people, so if you’re in the area check it out. 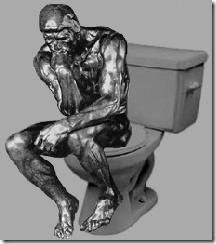 You might remember the story of Pam Babcock, the woman who sat on a toilet for two years. Her boyfriend, Kory McFarren, was charged with mistreatment of a dependent adult. Last month he pleaded no contest to the charge, and this week he was sentenced to 6 months in jail, but was granted probation after Pam asked for leniency. Good on you, Pam. Clearly, both Pam and Kory have some social and mental problems that they need to work through, and I don’t think jail will help ol’ Kory at all. 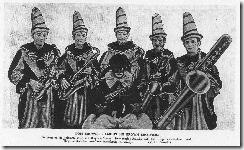 This one’s actually an old story, but it’s popped back up in my news feed and it’s quite awful. Brown Brothers meat processor, which supplies meat to Tesco in the UK, demands that employees clock off when they go to the toilet. This so obviously discriminates against women, particularly menstruating and pregnant women, that I’m agog! The restrictions are part of a pay deal that tries to streamline toilet break times – and look, I totally get it that it takes workers 20 minutes to go to the toilet because of all the gear they’re wearing, but seriously! This is the 21st century! Can’t we come up with a better solution? It’s not the fault of the workers that they have to wear a spacesuit – why should they pay the price? And more importantly, why do women have to pay a higher price?

Not so much toilet news, as toilet humour – Dave TV has a list of the 10 oldest jokes in the whole world ever – and I have to say I don’t think I find them particularly funny. Maybe I need to scrub up on my ancient history or something. Anyway, they’re here. I do like this quote from Dr Paul McDonald, who wrote the report:

What they all share […] is a willingness to deal with taboos and a degree of rebellion. Modern puns, Essex girl jokes and toilet humour can all be traced back to the very earliest jokes identified in this research.

Unfortunately, Qantas is back in the news – this time because the pilot refused to allow passengers out of their seats during a delayed landing. One passenger was forced to pee in a sick bag. Look, people, the pilot is trying to look after you. And look, pilot, why not let people pee? Come on. Let’s all start talking to one another, instead of just complaining.

A bus driver in Dublin has brought to light an interesting predicament for bus drivers everywhere – where do drivers go to the toilet on a long shift when there are no terminuses? I hadn’t honestly thought about this; it’s a similar problem to what the meat processors in Tesco are facing. People need to pee and shit, and their jobs don’t always allow them to do this comfortably. Employees have the right to a clean private toilet with running water and soap – but not necessarily access to it when it suits them. This seems grossly inappropriate – why have a toilet if you can’t bloody use it?

And lastly, in entertainment news, Kiefer Sutherland has revealed why you never see his character on “24”, Jack Bauer, going to the toilet:

whenever they cut to the White House, Jack is taking a pee. And he’s also getting something to drink and eat.